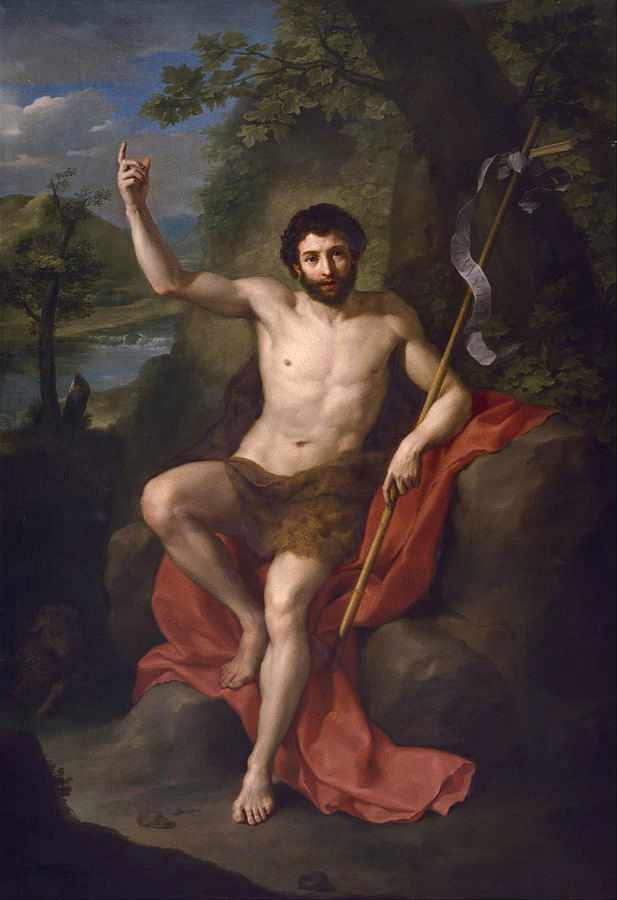 9 And as they were coming down the mountain, Jesus commanded them, “Tell no one the vision, until the Son of man is raised from the dead.” 10 And the disciples asked him, “Then why do the scribes say that first Elijah must come?” 11 He replied, “Elijah does come, and he is to restore all things; 12 but I tell you that Elijah has already come, and they did not know him, but did to him whatever they pleased. So also the Son of man will suffer at their hands.” 13 Then the disciples understood that he was speaking to them of John the Baptist.

Please can you explain how these verses revealed to the disciples that Jesus was referring to John the Baptist .
Kind regards,
Sue

Thanks for reaching out to me with this question, it’s actually very interesting how we get to this point in the Gospel, so let’s press rewind and go back to the Old Testament for some background.

In the book of Malachi, the prophet tells the people of a messenger who is coming, and who will prepare the way of the Lord. Then at the close of his book, he says,

This was interpreted by many in the land of Israel to mean that Elijah would return before the messiah appeared. They were onto something with that belief, but just slightly off.

Now fast forward about 400 years to the Angel of the Lord announcing the birth of John to his father Zechariah,

But the angel said to him, ” Do not be afraid, Zechariah, for your prayer is heard, and your wife Elizabeth will bear you a son, and you shall call his name John. And you will have joy and gladness,and many will rejoice at his birth; for he will be great before the Lord, and he shall drink no wine nor strong drink, and he will be filled with the Holy Spirit, even from his mother’s womb. And he will turn many of the sons of Israel to the Lord their God, and he will go before him in the spirit and power of Elijah,to turn the hearts of the fathers to the children, and the disobedient to the wisdom of the just, to make ready for the Lord a people prepared.”

The angel tells Zechariah that his son will come in the “spirit and power of Elijah” but not that he would be Elijah reincarnated. So the belief that Elijah would return was right, but like I said it was slightly wrong. The person that the prophet spoke about would be one like Elijah, but not actually Elijah himself, (but also Elijah did return and met with Christ during the transfiguration so there’s also that fulfillment too).

When the Jerusalem authorities first hear of John’s ministry down by the Jordan, they send representatives to inquire who he is. These representatives point blank ask him if he is Elijah,

And this is the testimony of John, when the Jews sent priests and Levites from Jerusalem to ask him, “Who are you?” He confessed, he did not deny, but confessed, “I am not the Christ.” And they asked him, “What then? Are you Elijah?” He said, “I am not.” “Are you the prophet?” And he answered, “No.”

Jesus then makes it clear that the prophet Malachi was talking about His cousin John when he directly quoted Malachi 3:1 in reference to John and then said “he is Elijah to come.”

Why then did you go out? To see a prophet? Yes, I tell you, and more than a prophet. This is he of whom it is written, ‘ Behold, I send my messenger before your face,who shall prepare your way before you.’

For all the prophets and the law prophesied until John; and if you are willing to accept it, he is Elijah who is to come.

So in the passage you referred to in your question, the disciples aren’t hearing something new from Jesus, but are just being reminded of what He has already said about John and Elijah, and this wasn’t a new point of belief that Jesus was revealing, but a clarification and revelation of the fulfillment of the prophecy that Elijah would return before the messiah was revealed.

I hope that answers your question, and once again thank you for submitting this question and allowing me to answer it because I’m sure many other people have probably wondered the same thing.

(As a post script, here’s what the catechism has to say about John the Baptist and his coming as Elijah)

CCC 718 John is “Elijah [who] must come.”92 The fire of the Spirit dwells in him and makes him the forerunner of the coming Lord. In John, the precursor, the Holy Spirit completes the work of “[making] ready a people prepared for the Lord.”93

CCC 719 John the Baptist is “more than a prophet.”94 In him, the Holy Spirit concludes his speaking through the prophets. John completes the cycle of prophets begun by Elijah.95 He proclaims the imminence of the consolation of Israel; he is the “voice” of the Consoler who is coming.96 As the Spirit of truth will also do, John “came to bear witness to the light.”97In John’s sight, the Spirit thus brings to completion the careful search of the prophets and fulfills the longing of the angels.98 “He on whom you see the Spirit descend and remain, this is he who baptizes with the Holy Spirit. And I have seen and have borne witness that this is the Son of God. . . . Behold, the Lamb of God.”99