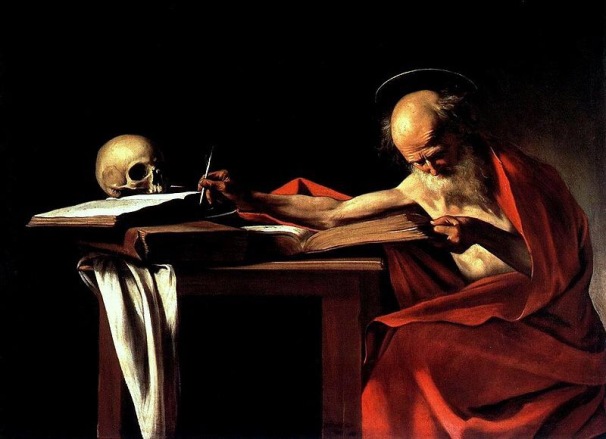 “I interpret as I should, following the command of Christ: ‘Search the Scriptures, and Seek and you shall find.’ Christ will not say to me what he said to the Jews: ‘You erred, not knowing the Scriptures and not knowing the power of God.’ For if, as Paul says, Christ is the power of God and the wisdom of God, and if the man who does not know Scripture does not know the power and wisdom of God, then ignorance of Scripture is ignorance of Christ” – St Jerome

You’ve probably heard this before, maybe even from a Catholic themselves, “Catholics don’t read the Bible.” It’s a stereotype, but it has shades of truth to it. The sad fact is that far too many Catholics don’t read the bible often or at all. Yes, we pick up the Bible proclaimed at Mass, but that is only a small portion of the body of Sacred Scriptures that we have at our fingertips, and I will touch on this later.

I don’t have stats to back this up, but anecdotal evidence would suggest many, or perhaps even a majority of Catholics just don’t study the Scriptures. I know there are many who do, but even those of us who read the Bible daily can do more and should do more to study the Word of God and to encourage those around us to do the same. This is not intended to be a condemnation, but an exhortation, because the Lord knows I’ve fallen short at this myself many many times.

Before I proceed any further, I need to address an urban legend I’ve heard from time to time, sometimes from Catholics ;

The Catholic Church has never, in its 2000 years of existence, forbidden the reading of the Scriptures by the laity. Likewise the Church has never forbidden the translation of the bible into the local language. In fact the Church has ENCOURAGED the laity to read the Scriptures and to study them, to that end the Vatican released a document called Dei Verbum (Word of God) during the Second Vatican Council in 1965 encouraging the priests, religious and the laity to read the Sacred Scriptures. The whole document can be read in a single sitting, and has many beautiful points, go read it all for yourself, but here is a small piece;

To learn by frequent reading of the divine Scriptures the “excellent knowledge of Jesus Christ” (Phil. 3:8). “For ignorance of the Scriptures is ignorance of Christ.” Therefore, they should gladly put themselves in touch with the sacred text itself, whether it be through the liturgy, rich in the divine word, or through devotional reading, or through instructions suitable for the purpose and other aids which, in our time, with approval and active support of the shepherds of the Church, are commendably spread everywhere. And let them remember that prayer should accompany the reading of Sacred Scripture, so that God and man may talk together; for “we speak to Him when we pray; we hear Him when we read the divine saying  (Dei Verbum paragraph 25)

At Sunday Mass (Saturday vigil and solemnities included) we hear four scripture readings. The first reading is usually an Old Testament reading, in between the first and second readings a psalm is sung, the second reading is generally from the letters of St Paul, and the Gospel reading is from one of the four Gospels.

The readings for each day is laid out in the Lectionary, this book is used by the Latin rite of the Catholic Church as well as Anglicans, Lutherans, and several other mainline Protestant denominations. The Lectionary is broken into three cycles, each cycle corresponds to a synoptic Gospel (Matthew, Mark and Luke). This is why we will hear Luke’s Gospel one year and Mark’s the next. On certain holidays and during some liturgical seasons the Gospel reading will go outside the regular cycle and will be chosen to correspond with that holiday or season (Gospel of John is read from Easter until Pentecost and during the seasons of Advent and Lent). So if you were to attend Mass every day for three years you would hear all three Synoptic Gospels, some of the letters of St Paul, a portion of the books of the Law and the Prophets, a fraction of the psalms, and most of the Gospel of John.

Is that enough for you to be a Catholic Christian in good standing? I’d say yes it is, but I’d also point out that the human body can survive on white rice and water for extended periods of time. Will you be in peak physical condition on those rations? Will you grow stronger and have energy to live life to the fullest? Or will you just get by? I’d say most likely the latter.

We are nourished by the Holy Eucharist, but also by consuming the Word of God. Here, in another quote from Dei Verbum, the Council makes my point;

For in the sacred books, the Father who is in heaven meets His children with great love and speaks with them; and the force and power in the word of God is so great that it stands as the support and energy of the Church, the strength of faith for her sons, the food of the soul, the pure and everlasting source of spiritual life. Consequently these words are perfectly applicable to Sacred Scripture: “For the word of God is living and active” (Heb. 4:12) and “it has power to build you up and give you your heritage among all those who are sanctified” (Acts 20:32; see 1 Thess. 2:13).  (Dei Verbum paragraph 21)

Saint Irenaeus once said “The glory of God is man fully alive,” and what better way to be “fully alive” than to feast on the Divine Word, both under the form of the Holy Eucharist and in the Word of God? We can fill ourselves with this wonderful gift that we have, and supplement the Scriptures that we hear proclaimed at Mass, by reading them ourselves or in a group. We possess a gift, in the form of easily accessible Bibles and Bible apps, that many Christians today don’t have access to, and almost none had in the first 1600 years of Christianity. Let’s take advantage of the times we live in and consume the Word on a daily basis.

The Church has always venerated the divine Scriptures just as she venerates the body of the Lord, since, especially in the sacred liturgy, she unceasingly receives and offers to the faithful the bread of life from the table both of God’s word and of Christ’s body. (Dei Verbum paragraph 21) 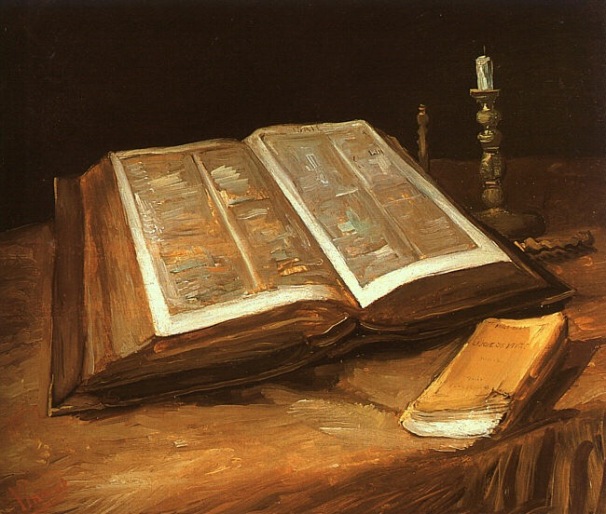 By reading, praying and studying the Bible, we can gain a better understanding of the context and situations that we hear in the readings at Mass. In his last letter, St. Paul wrote to his friend, Timothy the bishop of Ephesus;

All Scripture is inspired by God and profitable for teaching, for reproof, for correction, and for training in righteousness, that the man of God may be complete, equipped for every good work.

Notice the last lines “that the man of God may be complete, equipped for every good work.” St. Paul tells us how we are to equip ourselves in this life, by reading the Bible. St. Paul, being a good Jew from birth, that studied under the most well known scripture scholar of his time, would’ve had lots of the Old Testament memorized and could quote it at will. He would’ve been very familiar with what God told Joshua after the death of Moses;

This book of the law shall not depart out of your mouth, but you shall meditate on it day and night.

We’d all do well to take this to heart, just like Joshua.