During my initial conversion process the biggest roadblock was magestirial authority. But once I came to accept this as true then all other doctrines and dogmas of the Church fell into place. I believe it is one of the most important things to accept early on when coming into the fullness of the faith that is Catholicism.

One of the doctrines of the Catholic Church that bothers Protestants most is Papal infallibility. They wrongly assume that Catholics believe the Pope is never wrong. They give examples of past Popes committing grave sins or errors (Pope Alexander VI is a favorite target). However they are missing the central issue that is there which is; who is your authority?

Most Protestants would reply to that question by saying “God is my final authority”. Catholics would agree with that. What I meant to say is who is your final authority on matters of faith here on earth? Would it be the televangelist some watch almost daily? Is it the pastor of the local megachurch? Is it yourself that you have declared the final arbiter of faith? Or is it the successor of Saint Peter? You see everyone has a “pope” that they recognize as their authority. They just don’t know it yet.

When Christ said to St. Peter ” And so I say to you, you are Peter, and upon this rock I will build my church, and the gates of the netherworld shall not prevail against it. I will give you the keys to the kingdom of heaven. Whatever you bind on earth shall be bound in heaven; and whatever you loose on earth shall be loosed in heaven.” (Matthew 16:18,19) He was establishing him as the rock on which His church would be built. He was also giving him a divine promise that even the gates of hell would not prevail against this new church. When Catholics recognize the authority given to Peter, and to his successors, and the Divine promise that Christ gave, then the matter of infallibility is a given. The magisterial authority given to the Church through Christ is a beautiful thing. When the Church makes a statement on a matter of faith you can rest assured that it was delivered with the power and authority of Christ, guided by the Holy Spirit who will lead us into all truth (John 16:13).

This does not mean Catholics believe if the Pope woke up tomorrow and declared the sky is purple that we would be obliged to believe that. The protection against error that Christ promised is only in matters of faith and morals. The Pope is just a man, and like all men he is prone to error and sin but the Holy Spirit protects his teaching authority against error. 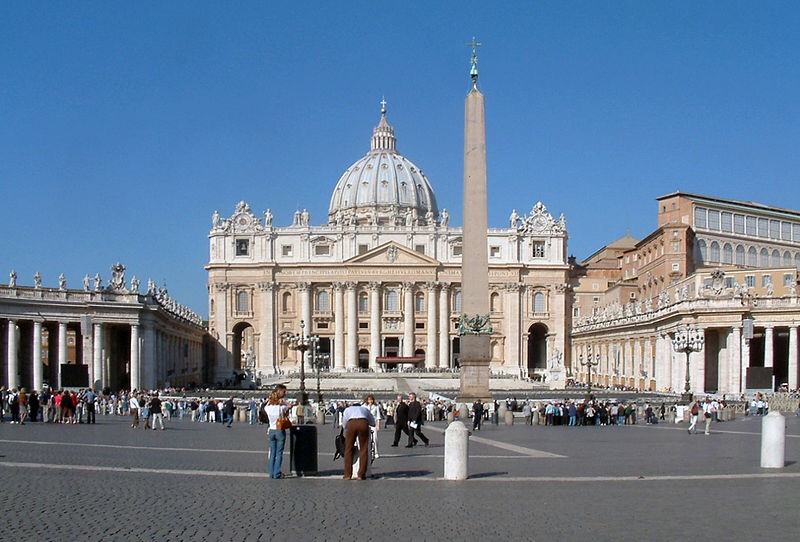 You might wonder why any of this is important. It is because once you come to accept Papal infallibility then all other doctrines that you may be struggling with fall into place. If you have trouble accepting any the Church’s teachings on social issues or theological issues it becomes much easier to reconcile them when you remember the promise of Christ to St. Peter.

As I said the first step for me on my path of conversion from Protestantism to Catholicism was recognizing the authority that Christ established here on earth, but it isn’t just important for new converts to accept. If you find yourself struggling with and teaching of the Church just remember that we aren’t our own pontiffs, Christ gave us those.
For 2000 years the gates of hell have been trying, but failing, to overcome.

Christianity is true, and Catholicism is the fullness of the truth. The magisterial authority of Church is the foundation of that truth. It is the rock on which the Church is built. Once I realized that, then all other teachings and doctrines rang true. That’s when I was ready to submit to an authority on faith that was greater than myself.

Check out this podcast we made about Saint Peter https://nowthatimcatholic.com/2017/08/05/saint-peter-podcast/ )
(This post originally appeared at Catholic365.com )

7 comments on “A Matter of Authority ”