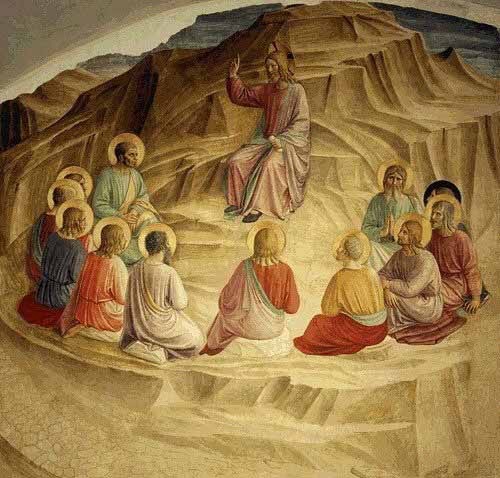 Full Question by Anonymous : I’ve always been told that the state of Israel being re-established in 1948 fulfilled scripture and that the end of the world was guaranteed within a generation. Now it’s 70 years later and we’re still here. Is this the right way to read this?

Answer: Growing up, and even into early adulthood, I attended lots of evangelical churches that were of the Pre-Millennial dispensationalist persuasion, so I’m very well acquainted with this view.

This belief, that the establishment of Israel was a set sign that can be used to tell when the end will come, is usually also tied together with the doctrine known as the rapture. But that’s another topic for another day.

Let’s look at the verse in question and take it from there.

What is Jesus saying here? According to the view mentioned in the question, He is saying that once the fig tree (proposed to be Israel) puts forth leaves, then that generation will not pass away before Jesus returns.

So is that what Jesus meant here? I’m not convinced. As I mentioned earlier, I grew up hearing this, and in the 1980s it made more sense than it does now.

Why would it make more sense 20-30 years ago than it does today? Simply because we are nearing the 70th anniversary of the establishment of the modern state of Israel, and there’s no way of reckoning a “generation” as being 70+ years, so this interpretation will continue to lose its appeal and veneer of truth as the years go by. I doubt we’ll see this passage of scripture pointed to as meaning the establishment of Israel by the time they celebrate their 100th anniversary in 2048.

So what did Jesus mean?

In the Bible, a “generation” usually meant 20-30 years, but in the 17 times that Jesus used this word in the Gospels, He was speaking about His current audience. You could read this passage as “I tell you, all of you listening to my voice will not pass away until these things take place.”

That gets to the question of what “all these things” includes. The preceding passages describe what is commonly interpreted as things that will take place at the end of the world. But if we read these passages in light of what Jesus was saying to His audience on the Mount of Olives, we have to ask what took place in their lifetime that would fit with the destruction foretold by Jesus.

Jesus foretold of a “desolating sacrilege” (Matthew 24:15) that was spoke of by the prophet Daniel (Daniel 9:27 & 11:31). What Daniel prophesied came to pass when Antiochus Epiphanes set up an altar to Zeus in the temple of Jerusalem, and on this altar he sacrificed pigs in the greatest insult he could think of showing towards God. This sacrilege precipitated the revolt by the Maccabees and the establishment of the Hasmonean rule of Israel.

At the time of Christ, the Romans would patrol the temple area, but they remained outside the Holy Place in the court of the gentiles. To enter the Holy Place, and especially the Holy of Holies, would’ve caused a revolt by the priests and all the Jews of Jerusalem. But this is exactly what happened in 70AD, when General Titus set up the Roman imperial eagle in the Holy of Holies, just before he completely destroyed the temple as Jesus said would happen.

This all took place about 40 years after Jesus gave this sermon on the Mount of Olives, and this fits with the scriptural and historical data to indicate that this was the event He was predicting.

As a bit of anecdotal evidence for this position, in the next verse Jesus says to “flee to the mountains” when they see these things, Tradition tells us that the Christian community of Jerusalem survived by fleeing the city, but Titus slaughtered every person that remained in the city.

(To ask a question please visit this link https://nowthatimcatholic.com/2018/03/01/questions-about-catholicism-2/)