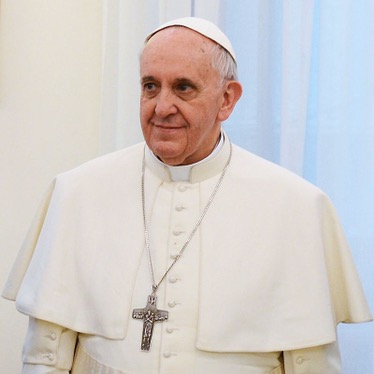 A Pole, a German, and an Argentinian walk into the Vatican… Sounds like the beginning of a joke, but it is the history of the last 30 plus years of the life of the Church, a history lesson that changed the way I view my mission as a Catholic Christian, and hopefully it changes you too.Every Pope was put into his position by God for a reason. Their primary job is to shepherd God’s people, as Jesus told St. Peter “feed my lambs.” (John 21:15-17) But there are also many things that God means to accomplish through His servants, and here on earth these reasons are sometimes obvious but other times they are not.

Looking back at some really bad Popes (Alexander VI, Benedict IX and Leo X are the first to come to mind) it can be hard to figure out what God’s plan was when he allowed these very flawed men to ascend the chair of St. Peter, but we can be sure that He had a plan because God is always in control.

I have only been a Catholic for a very short time, so I possess first hand experience with only one Pope. But since I’ve been interested in the Church and its leadership for a long time, I’ve been greatly influenced by the last two Popes as well. Looking at these three holy men (one of whom is now a saint) we can see three distinct styles and priorities, and I truly believe that we were giving these three men to lead us into the 21st century and our mission.

What is our mission as a Church? Pope Paul VI said in his apostolic exhortation Evangelization in The Modern World:

We wish to confirm once more that the task of evangelizing all people constitutes the essential mission of the Church. It is a task and mission, which the vast and profound changes of present day society make all the more urgent. Evangelizing is in fact the grace and vocation proper to the Church, her deepest identity. She exists in order to evangelize. . .

It is the reason the Church exists and if we look to our three most recent popes we can see a blueprint for how it should be done.

If I had to use one word to sum up his pontificate it would be “evangelize.” He travelled farther and to more countries than any Pope before him. Everywhere he went he drew enormous crowds, both Catholic and non-Catholics alike, and in all these places, he proclaimed the good news of Jesus Christ and His Church.
Pope Saint John Paul II embodied the command of Christ to: “Go into all the world and preach the gospel to the whole creation.” (Mark 16:15)

John Paul II wanted the Church to not just spread the gospel to those who’ve never heard it, but to re-evangelize the cultures that we live in. He wanted the Church to engage in a New Evangelization, to that end he directed the Church (us) to reach out to our fellow Catholics who may not be practicing their faith or have fallen away in some way.

Pope Saint John Paul II was the rock star who drew massive crowds and spread the gospel, and Pope Benedict was his closest advisor. Pope Benedict was a scholar and professor before becoming part of the Roman Curia, an author of many books, he was more of a thinker than a star.
Prefect of the Congregation for the Doctrine of the Faith, he was responsible for defending sound Catholic doctrine. Pope Benedict was a first rate theologian and he took orthodoxy very seriously (as we all should).

As much as I was inspired by, and loved John Paul II (I can remember crying when I heard of his death, a full 10 years before my conversion), Pope Benedict was more of my style. He may not have had the charisma of John Paul II, but there was something about him that really spoke to me. His love of liturgy inspired me to look closer at the meanings behind the liturgical actions that take place at Mass. His firm commitment to sound doctrine, in an age of moral relativism, really inspired me to dig deeper into the claims of the Church and started me down the winding road that led me to where I am today. You could say that I am a member of the Roman Catholic Church today because of Pope Benedict XVI. It was his defense of sound doctrine that lead me to look into, and later come to faith in, the teachings of the Church on doctrines like Papal authority and the Eucharist. {see my articles on Papal Authority & The Eucharist }

When I think of Pope Francis, I think of mercy and love. He recently wrote a book called The Name of God is Mercy, and he also declared 2016 to be a jubilee year of mercy. So as you can see, he thinks that the merciful side of God is the side we should be telling the world about.

I have a tendency to seek the truth with diligence, and when I find it, to use that truth as a club to beat heretics over the head with. When I hear a false doctrine or some form of heresy, my first instinct is to start throwing out excommunications faster than the council of Trent. I have a great love for orthodoxy, just like Pope Benedict, but the example of Pope Francis has taught me to try and reach people through love and not condemnation.

At the council of Trent, the Church valiantly and heroically, defended the Catholic faith against the heresies of John Calvin and Martin Luther. But what was the result? All the condemnation didn’t bring the rebellious leaders back into the fold, if anything, it hardened the opposition to the Church.

I’m not condemning or criticizing Trent, or any of the leaders of the counter-reformation, they did what they needed to do; the truth of Catholic doctrine had to be put on record, just like any other Council that dealt with any other heresy. But now Pope Francis is showing us, by example, that the better way is with love and mercy.

Conclusion:
Share the good news; with sound doctrine in accordance with the Magisterium of the Church; in a loving and merciful manner.

Just like St John Paul II, we need to evangelize and spread the word of Christ to the whole world; especially those who’ve already heard the gospel but have fallen away.

Like Pope Benedict XVI, we need to be certain we are sharing the gospel within the teachings of the Church, it doesn’t do any good to share false doctrine.

And above all else we need to do these things in love, letting mercy be the guiding principle. If we evangelize, but lack love, we will be as ineffective as the prophet Jonah.

God is waiting, like the father in the parable of the prodigal son, He is waiting to forgive every person who seeks His loving forgiveness; this is the message we need to share.

We can evangelize with sound doctrine, but if we lack love, then we are useless according to St. Paul in 1 Corinthians 13:1. Love is the key, it is what makes the message and actions of Saint John Paul II, Benedict XVI and Pope Francis come together in beautiful harmony, it’s what will take the new evangelization to new heights.