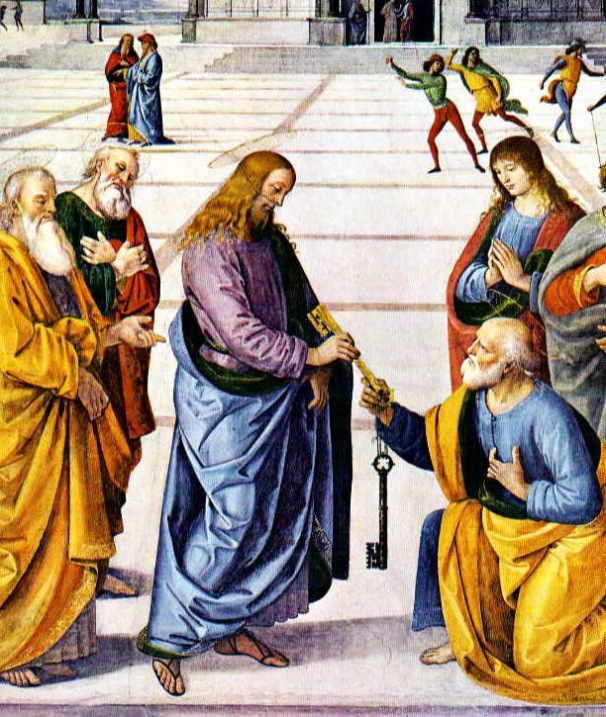 “Simon Peter answered him, “Lord, to whom shall we go? You have the words of eternal life;” John 6:68 (RSVCE)
St. Peter knew a good thing when he had seen it. He may or may not have been sure about the whole bread of life discourse, his answer wasn’t that he accepted it, but simply that he was sticking with Jesus. This is one of the many reasons that St. Peter has been, and will continue to be, my favorite saint.

Back when I was a Protestant, and wouldn’t have been caught dead asking for the intercession of anyone not presently here on earth, I was still a fan of St. Peter. Why? Well, for one, he always felt like someone I could relate to. He also struck me as the second command to Jesus, this was long before I recognized him as the Vicar of Christ, and I thought that Jesus must have seen something great in him. He was the first to be called by Christ. He was always on the scene in the Gospels, in a few passages the authors don’t say “the apostles” but instead say “Peter and those with him”. When James, John, and Peter witnessed the transfiguration it was Peter who spoke for the three of them. In the garden of Gethsemane, when James, John and Peter fell asleep, it was Peter who was addressed by Jesus. Every time the disciples were listed it was Peter who was named first. All of this led me to have a great admiration for St. Peter.

But it was the change that occurred in him after he received the Holy Spirit, on Pentecost, that I was most inspired by. Here’s a man, who only a month previously, was denying Jesus right outside the High Priest’s house, and now is preaching publicly in the very city that he was frightened, and hiding in. He had become the leader that Jesus knew he would be.

Now that I’ve come to believe in the Communion of Saints, I ask St. Peter for his intercession on an almost daily basis. The boldness that he exhibited on that first Pentecost Sunday should be a reminder to all that we are called to boldly share our faith. Peter revived that boldness to share the Gospel when he received the Holy Spirit, the same Holy Spirit can inspire us, if we let him.

St. Peter, Vicar of Christ, pray for us.

2 comments on “The Boldness of St. Peter ”